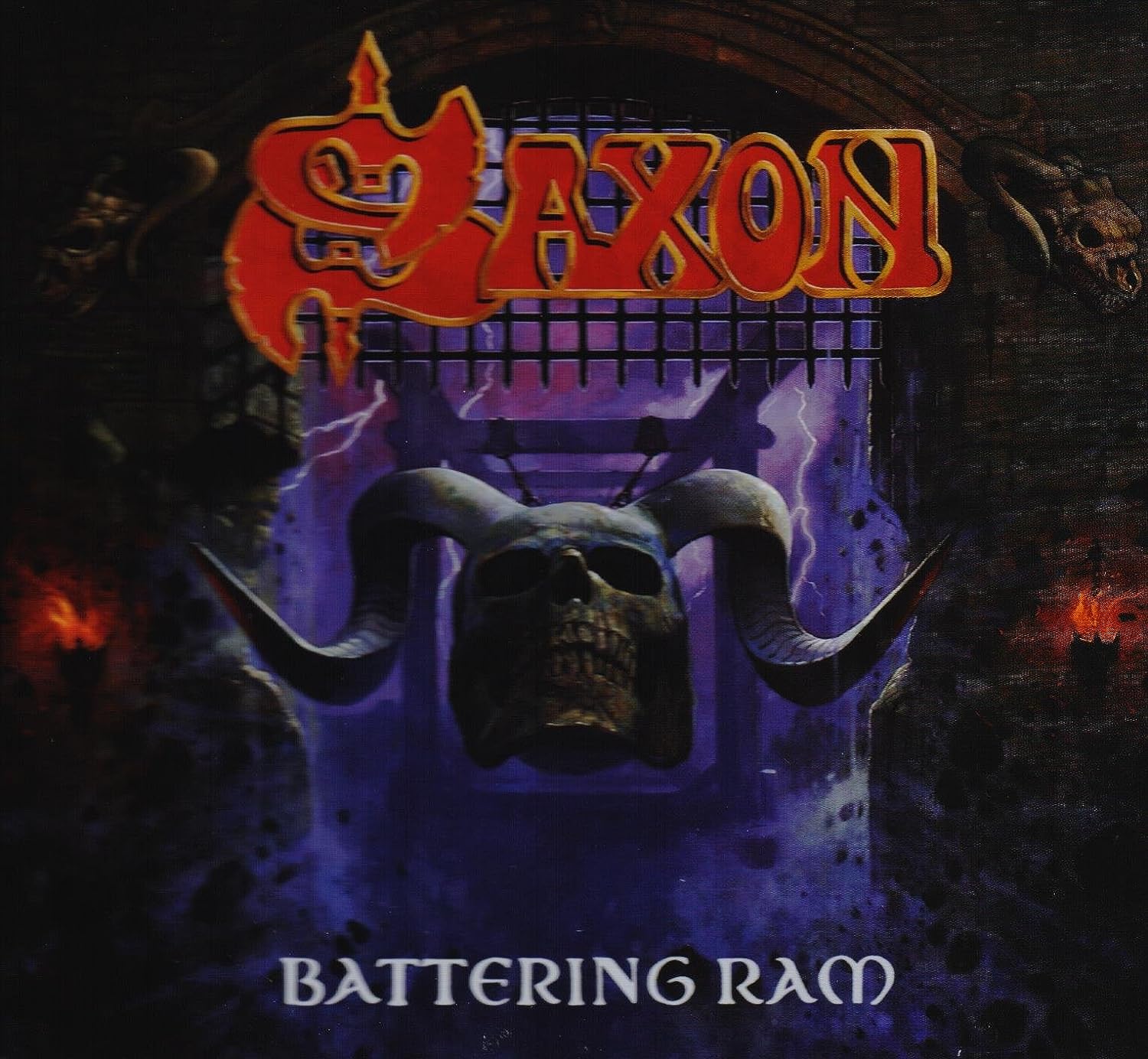 With Biff Byford singing as well as he ever has, Paul Quinn and Doug Scarratt making full use of the term ‘shredding’ with their guitars and the lock-steady rhythm of Nibbs Carter’s bass and Nigel Glockler’s drums, the future and the past crash together in an ear-scintillatingly engaging, raucous, melodic-yet-classically heavy ten songs collection which will instantly be hailed as a Saxon classic. The title track, with its delectable twin guitar assault heralding the album’s commencement, gives the listener an instant crack around the chops, whilst traditionalists will be delighted to hear such a perfect marriage of old, classic Saxon with the newer, fresher invective in such riff-fronted fare as “Destroyer” and “Stand Your Ground”, but there are still moments of space and exploration which fans will love. “This one’s a natural progression from Sacrifice,” says Byford, “There’s a bit less rock’n’roll and a bit more ‘heavy’ on it. We wanted to keep focused on a style rather than moving around too much.” Produced by Andy Sneap (Megadeth, Testament, Exodus Accept) at his Backstage Recording Studios in rural Derbyshire, Saxon were able to hone in and whittle down any excess, finding the sonic space and balance to let Battering Ram’s riffs and melodies get the necessary space to scream front and center, Sneap bringing a crispness to the sound which evokes memories of the early ‘80s without for one moment sounding dated. “Yes, Andy has been in charge of everything with this album, I keep on overview of it all, but he’s done a great job and we’re both pleased with the results. We have a great partnership.” Lyrically, Battering Ram covers a variety of social situations, from the screaming fans who rage at the gig barriers (“Battering Ram”) to the inequalities of taxation (“Tax ’Till You Drop”), as well as engaging in some good old fashioned myth (“The Devil’s Footprint” - a 200 year old tale of people waking up in winter snowfall to see unexplained hoof prints which they followed, looking for an answer in vain). “When I’m writing lyrics I like to switch back and forth between complex things, reality and rock’n’roll,” says Byford, “I thought the whole folklore behind “The Devil’s Footprint” made it great material for a metal song, being that it’s both historic and mythical. “With “Queen of Hearts” I wanted to write something around Lewis Carroll’s Alice In Wonderland, and it’s about the chess game that happens in the story. I wanted it to have prog-feeling in the way of its ambiance and mood. Then you have songs like “Destroyer” and “Hard and Fast” which are ‘80s inspired songs with that modern slant on it. I’m a big fan of Marvel comics, and I wanted to write a song around the character Destroyer, and with “Hard and Fast” it’s as the title suggests, about driving fast! I do like to tie the lyric into the song, so if it’s going to be a song about driving fast, well, it has to be a fast, hard song!” There is also the album’s closing cut, haunting, gripping, melancholic tale of the First World War, “The Kingdom of The Cross”, where a poem unfurls the feelings and horrors which comprised this most brutal of global conflicts. “This year is the centenary of the end of the First World War. Nigel had a piece of music which he played on a synthesizer for a couple of years that I really liked. We had an actor (and singer), David Bower from the band Hell, read the poem and I sang the choruses. I didn’t want it to be typical Saxon, so it is just keyboards, bass, me and Dave.” Wonderfully uncompromising, with Battering Ram Saxon have once again established their rightly-venerated credentials as Kings and vanguards of heavy metal music.

The right fielder's 446-foot no-doubter gave Atlanta the advantage early in Game 6. The Braves' starter Max Fried got out of a jam in the first inning and has cruised. Dansby Swanson and Freddie Freeman also added home runs.

Tuesday's rankings revealed a lot about what direction this season's playoff race is headed.

The selection committee placing two one-loss teams ahead of Cincinnati is not the first insult to the Group of 5.

We kept track of every NFL trade since training camp, adding analysis and rumors from our reporters and insiders.

We graded all of the big deadline trades of the season.

Jimmy Butler for MVP? The Knicks and Bulls as legitimate East contenders? Breaking down the NBA two weeks into the season.